Brilliance characterize[s] every facet of Erling Wold's Queer ... From conception through execution, the chamber opera based on the William Burroughs novel more than did justice to Burroughs' spirit - it rekindled that spirit vividly for the audience, a sophisticated crowd that paid rapt attention to every subtle nuance of inflection and expression from orchestra and actors alike. - Bay Guardian

William S. Burroughs (1914-1997) moved to Mexico City in the late '40's to avoid an unpromising court case in New Orleans for heroin and marijuana possession. He found it a cheap place to live with a large American colony, fabulous whorehouses, cockfights, bullfights, and every conceivable diversion. It was here that events in his life set him on the trajectory that compelled him to become a writer. And it was here, in a haze of alcohol and drugs, he played an ill-fated game of William Tell with a gun and his wife, Joan.

At this time, Kerouac had his first book published and Burroughs was competitive. He wrote his first novel, Junky -- where he tried to put down in the most accurate and simple terms his experi- ences as an addict -- hoping for publication, money, and recognition too. But he had not yet committed to being a writer. In 1985 Burroughs, looking back at this period in his life, wrote:

"My motivations to write Queer were more complex [than Junky], and are not clear to me at the present time. Why should I wish to chronicle so carefully these extremely painful and unpleasant and lacerating memories? While it was I who wrote Junky, I feel that I was being written in Queer. I was also taking pains to ensure further writing, so as to set the record straight: writing as inoculation. As soon as something is written, it loses the power of surprise, just as a virus loses its advantage when a weakened virus has created alerted antibodies. So I achieved some immunity from further perilous ventures along these line by writing my experience down.

"I have constrained myself to remember the day of Joan's death, the overwhelming feeling of doom and loss . . . walking down the street I suddenly found tears streaming down my face. 'What is wrong with me?' The small Scout knife with a metal handle, the plating peeling off, a smell of old coins, the knife sharpener's whistle. Whatever happened to this knife I never reclaimed?

"I am forced to the appalling conclusion that I would never have become a writer but for Joan's death, and to a realization of the extent to which this event has motivated and formulated my writing. I live with the constant threat of possession, and a constant need to escape from possession, from Control. So the death of Joan brought me in contact with the invader, the Ugly Spirit, and maneuvered me into a lifelong struggle, in which I have had no choice except to write my way out.” 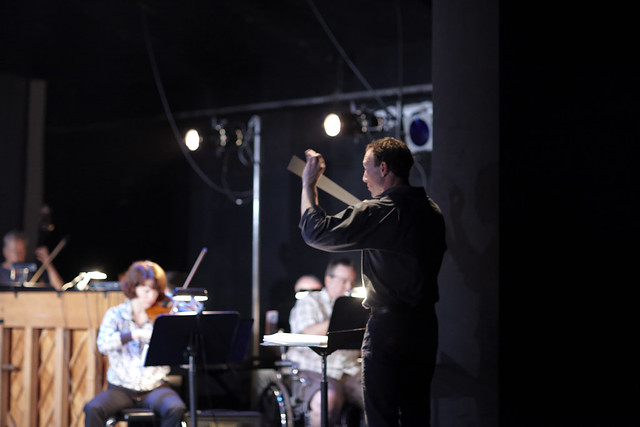 Supported in part by Meet the Composer and the Zellerbach Family Foundation.